Auto Detailing Tulsa | Our Polisher Does More Than Shine 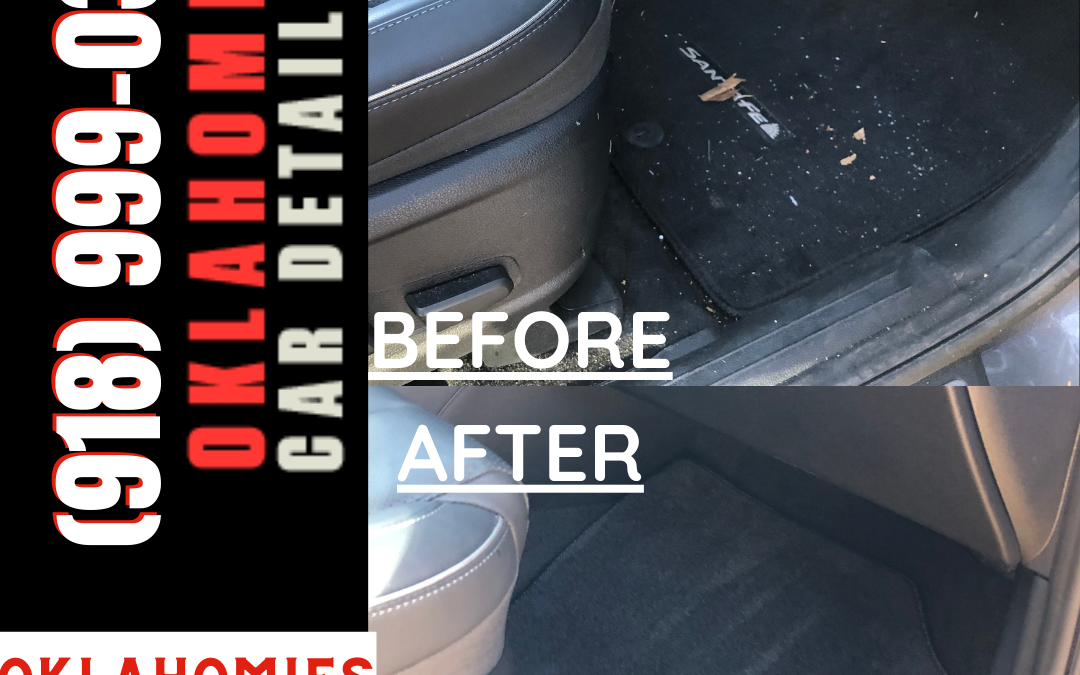 When doing Auto Detailing Tulsa we tend to use speeds four and five on the polisher for maximum effect and paint correction. There’s no right or wrong answer when it comes to speed. I think it depends, I would say just in regards to understanding your environment. If it’s a little bit warmer out, then I don’t think you need to use an aggressive speed. I tend to not, I’m just like you when it comes to speed. I’m between five and four almost all the time. Usually, when I’m compounding and I need to be aggressive, I’m on five. If I am doing polishing, I tend to push it to number four. If you are working on a car that has a really hard clear coat, then you use a little different technique.

Clearcoat is such a weird thing when it comes to car paint in general and you have to correct defects in the clear coat when doing auto detailing Tulsa now. Their clear-coat structure might change throughout the years depending on the make and model of the vehicle. That’s why a C5 Corvette is a hard, clear coat, and a new C8 Corvette isn’t nearly as hard as the older model. Cars are always changing. Every time they make a new car or a new version of the car, like a new body style, there are also new paint options as well. It’s probably a different style of paint because the paint manufacturer is also doing their own thing to try to cut costs and make a profit and things like that.

What you really should be doing is doing your test spot first. We always talk about doing a little section right here or just polishing. If it does the job then keep doing polish. If it doesn’t then switch the compound and do that. Okay, so that’s kind of how I think about that part of it. If it’s a hard, clear coat, use a higher speed. You know, it just means that your machines are moving faster, it’s going to generate a touch more heat. It’s going to make it a little bit more effective.

I go through in polish, I’m running at speed five. Easy hot if you’re doing this in the summer and it’s and it’s like really hot out, I would recommend doing it in the shade. If it’s like I said ideal temperatures of between 50 and 70 degrees or I would even push it to like, you know, 50 or 75 degrees. You could do it outside as we do with mobile detailing in Tulsa. Be sure that you call us at 918-999-0355 today or head to https://oklahomiescardetailing.com/ now.

Is there a recommended amount of time you can polish before the machine will overheat when you do Auto Detailing Tulsa today? Is there a recommended amount of time for polishing before the machine will overheat? No, I don’t think your machine will ever overheat. The reason why I say that is because when you’re polishing you don’t consistently run it for eight hours or six hours or whatever it is. You’re doing what I’m doing right now, which is you polish a section your compounds are going to need to add more product spray with detail spray. Be sure to brush your pad out, you know, you got to do all that stuff.

When you’re constantly polishing for maybe five to ten minutes we will have your car looking its best with Auto Detailing Tulsa from Oklahomies Car Detailing. We do stress tests on these machines to ensure it runs all the time and gets the best polishing for you. We’re doing r&d, you know, we hang these, you know, freely and we let the machine turn on like this and we just let it sit and run when spraying compounds everywhere. We let it sit and run for 48 hours, I think even longer in some instances, and they didn’t overheat.

I tend to use the same amount of pressure no matter when I’m doing polishing for Auto Detailing Tulsa anytime. I don’t think that here’s the thing okay when you polish, try to come to try to show this to show like the pad and the head of the polisher. If I don’t put any pressure on the pad, it spins really fast. When I push down, it will actually slow it down from spinning versus spinning really fast. The reason for that is because the dual action polisher is oscillating but this isn’t a force rotation so naturally the oscillation forces it to spin.

It will oscillate but it won’t spin because it’s not forced. If it’s oscillating, but it’s not spinning at the same time, it’s not as effective. You want it oscillating and rotating at the same time. You’re just working the machine a little bit harder. That’s how much pressure I put down. If I had to describe how much pressure I’m putting down I would probably give it you know. I probably think I’m doing three pounds of pressure, but it’s really two pounds of pressure. That’s a good question for Dan because he went to this super technical class in regards to paint correction.

They talked about that a lot in the class when it comes to detailing. They had a thing to weigh and calculate how much pressure you were putting down. What you think is three pounds of pressure is a lot less than reality. It’s more like one and a half or two pounds. I don’t want to push so hard that it’s only oscillating and not rotating at the same time. Our great detailers know the best way to polish paint, and we will make your car look incredible when you call 918-999-0355 or go to oklahomiescardetailing.com today.